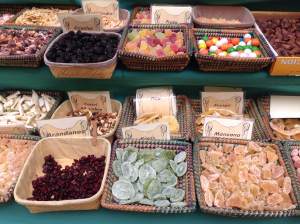 I had the pleasure of spending 10 days in Madrid, Seville, Granada and Barcelona, Spain. This retreat from daily responsibilities was a superb way to learn and better understand Spanish culture, food and tradition.

While there, I was taking note of the similarities and differences between American and Spanish culture. On the plane there, I was quickly reminded that the Spanish work to live, unlike the American reputation and often times reality, that we live to work. This statement rang true from city to city. Not only was a greeted with kindness everywhere I went, but the infectious enthusiasm and zest was much needed.

Perceptions can be far from reality, so I went to Spain with as open as a mind as could. Since back from my trip, I realize that I enjoy the Spanish “clock.” Most services aren’t offered before 8AM, with lunch far from starting prior to 2PM and dinner well into 9-11PM.

Cultural and food traditions I took away:

I’m reenergized from this relaxing trip! What aspects of Spanish cuisine do you most revel in? If you’ve traveled to Spain, what different experiences have you had?